Accueil Lifestyle 2020: a look back at a special year for the wine industry
Facebook
Twitter
Linkedin
Email 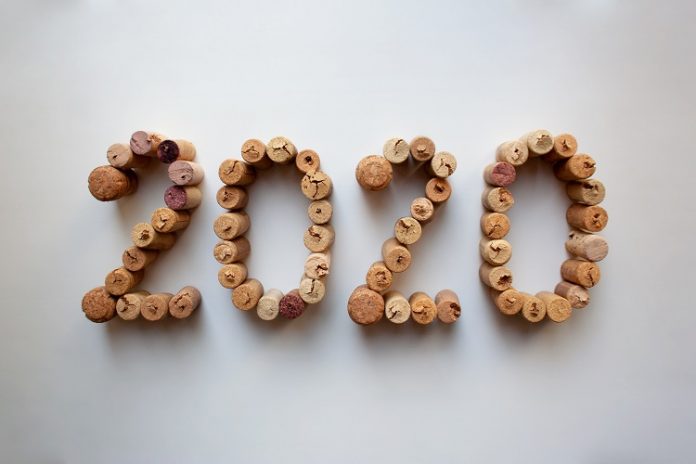 Heat and taxes on wine

This year started off strong for Australia’s vineyards, which were hit hard by devastating fires. The vineyards in the South, towards Adelaide, were the most affected, with nearly 2,000 hectares of vines gone up in smoke, representing about sixty farms. Moreover, these fires occurred only a few weeks before the local harvest. So it was the work of an entire year that burned for some winegrowers. About 30% of the vines in this region will not give good results this year. On the one hand because of the destruction caused by the fire but also because of the damage caused by the smoke.

In Europe, producers are becoming increasingly concerned about export markets. Indeed, the Brexit and the Trump tax in the USA are likely to disrupt this trade, which is usually quite lucrative for winegrowers, especially French ones. As a reminder, the new regulation of Donald Trump’s government includes the increase of the tax at the entry of the American territory to 25% of the price of the goods. This new tax came into effect in October 2019, but the winemakers only felt its effects at the beginning of the year.

The Covid-19 reaches Europe, causing the cancellations of many wine fairs and shows. This was for example the case of ProWein in Düsseldorf, one of the largest fairs in the world (the largest in Europe), which had to cancel its 2020 edition. The cancellations of these fairs, which are real showcases for many professions in the wine industry, are a major setback at the beginning of this year.

In mid-March, France decreed lockdown. While wine stores are considered essential businesses and were able to stay open, the period was darker for restaurateurs, who had to close their doors for many weeks. This situation had therefore an impact on wine orders from producers.

On the other hand, most of the online wine sales sites achieved excellent sales during this period. The beginning of the health crisis did not therefore have a major impact on online wine retailers in France and Europe.

The end of the lockdown

The world is slowly coming out of its numbness, activity is adapting and seems to be picking up again. We are witnessing a surge of solidarity in the wine world.

The rather warm year allowed the different vineyards of France and Europe to develop well, without too many frosts or hailstorms. Professionals in the sector are unanimous: this 2020 vintage should be a success. The producers have been only slightly affected by the health crisis. Indeed, they have been able to continue their work on the vines, and thus prepare a vintage that promises to be excellent.

The start of the harvest was therefore earlier than in previous years, beginning as early as mid-August in some areas of southern Europe.

As far as wine tourism is concerned, the summer of 2020 in France will finally have been a fairly good period for some wine professionals, especially wine tourism and wine merchants. French people were able to go on vacation and travel around France. The only problem in this sector in France was the lack of foreign tourists.

The terrible fires are back. This time it is Amazonia, California and the southern United States that are affected, with fires as devastating as those at the beginning of the year in Australia. Several farms have been destroyed. This is the case of the Signorello Estate vineyard and the Frey organic winery, in particular.

On the financial side, finally, the tax imposed by the U.S. on European wine will have already caused more than 500 million euros of damage. This amount is well above the estimates for the year.

The publication of IOV figures

On October 27, 2020, Paul Roca, director of the International Organization of Vine and Wine, gave an online conference, due to the sanitary situation, the figures of the productions of this year 2020. Here is what he said:

This stabilization of production can be explained by different reasons:

It was a very good year for the Burgundian vineyard: no frost, no diseases, and a very sunny year. High quality wines are therefore expected. However, the coronavirus epidemic, and the successive restrictions on gatherings and the closed restaurants, in Europe and around the world, are likely to impact sales, despite the quality of the vintage. Only consumption at home remains stable, and may even increase as a result of the health crisis.

Meanwhile in the United States, a new president has been elected. Perhaps a hope for a step backwards on the Trump tax?

This year, lovers of Beaujolais Nouveau are deprived of their bistros and restaurants to celebrate the release of the 2020 vintage. Wine merchants and restaurateurs are getting organized to offer the precious nectar to take away or for delivery.

The lockdown will be “lighter” in december. But the end of the year festivities will be celebrated in a very restricted circle. Consumption at home has not decreased much due to the health crisis. So professionals in the sector hope that consumers will buy beautiful bottles of wine and Champagne for Christmas. The New Year’s Eve festivities, on the other hand, will not have the same favorable treatment as Christmas, due to a curfew, which is not necessarily very good news for the sector.

Finally, 2020 is a rather contradictory year for the wine world. The 2020 vintage is keeping all its promises, and is likely to be a great year for wine. On the other hand, the commercial year was strongly impacted by the global health crisis. And some businesses in the sector will find it difficult to recover.

Wine in space, a match made in heaven