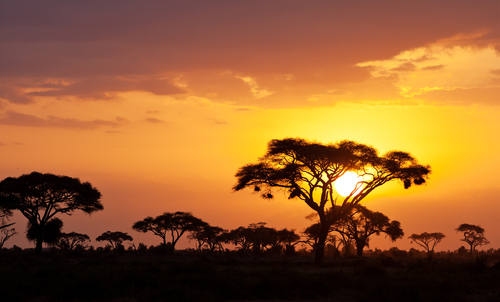 Often forgotten on the list of wine producing countries, several African countries have immersed themselves in the world of wine those recent years. Indeed, wine is becoming an important issue for them, driven by a double demand: that of tourists and that of an emerging middle class. Aveine takes you on the tracks of these countries little known for their wine production in Africa!

As a neighbour of South Africa, it turns out that Namibia also produces its own wine! And that’s not new. Indeed, it is considered that the first vines were planted at the end of the 19th century by the Catholic missionaries of Collège Saint-Paul. If you choose to do the “Nambia’s Wine Route Between 2 Deserts”, you will be able to discover the 3 cellars of the country. The 3 cellars are separated by a journey of… 1200km!

A very beautiful trip in perspective, that begins in the Naukluft mountains where you can find the Neuras Winery. A committed winery since it aims at financing the Nankuse Foundation, which works to conserve local wildlife. On the wine side, some of the grapes, too watery, are used to produce Brandy. The other part of the grapes, essentially composed of Syrah and Cabernet Franc, were able to produce a first vintage in 2015!

Finally, the last stage of Namibia’s Wine Rout leads to Eronga Mountain Winery. The first vintage dates of 2014. The estate now produces 3 wines. Etosha is a blend of Cabernet Sauvignon and Syrah. Krantzberg is of Bordeaux style, and offers very supple tannins. Finally, Namibian Kiss is a powerful and generous wine with cherry aromas.

Gabon’s wine production is located in the plateau of Batéké, south-east of Gabon! A particularly complex place to grow vines. Indeed, the temperature never drops below 24 degrees, the humidity level is 90%, and the soil is made of 98% sand. Faced with these constraints, it is a feat to see that in 2018, more than a thousand bottles were successfully produced. It is a rosé, under the name of Malymas, that  can be found in only two shops of Libreville.

11 million bottles per year, that’s Ethiopia’s wine production! Not bad, is it? Especially since this production is divided between only two areas! Awash Winery is the oldest operating estate in the country. Today, the estate produces nearly 10 million bottles per year. And it is interesting to note that they are all considered on the Ethiopian market, and that there are no exports planned for now. Indeed, with a sharp increase in demand, the estate does not even produce enough to satisfy local consumption! One of the major strengths of the domain permitting such a large volume offer is its location. Indeed, close to the equator, it can make up to two harvests per year! Another particularity of the domain is its environmental commitment. Indeed, it permanently recycle the bottles!

The second domain of the country is quite recent. Indeed, Castel Winery was born in 2007, and its first vintage dates of 2014! Here, only one harvest per year is carried out. The weather conditions are interesting: good rainfalls, average temperature of 25 degrees, and sandy soils.

As in Ethiopia, Kenya’s wine production is concentrated around two vineyards.

The Rift Valley Winery’s vineyard culminates between 1900 and 2100 meters. This altitude allows to enjoy cool nights. As for temperatures, they never exceed 32 degrees during the day, and the volcanic soil allows good drainage of precipitation. The first harvest took place in 2002. Today, the estate produces 60,000 bottles and aims to produce millions over the next 10 years.

The second domain in Kenya is called the Yatta Winery. A small vineyard of 13 hectares of vines planted in 1992 on a sandy-silt soil. The estate produces two wines, one red and one white. Particularity of the domain, for financial reasons the wines are sold in… Tetra Pack!

Who would have thought Senegal produces wine! Indeed, the country has the only vineyard of West Africa: Le domaine du Clos des Baobabs. The estate bears its name well, since it is composed of 3 small hectares on the edge of a baobab forest. Its climate is particularly dry which forces the estate to irrigate its vines. The most important harvest took place in 2016 and gave birth to… 300 bottles! A real feat in this country.

Africa therefore seems to have a lot to show and offer about wine. We can’t wait to taste what’s coming!

Have a look at the other new wine countries in our article.