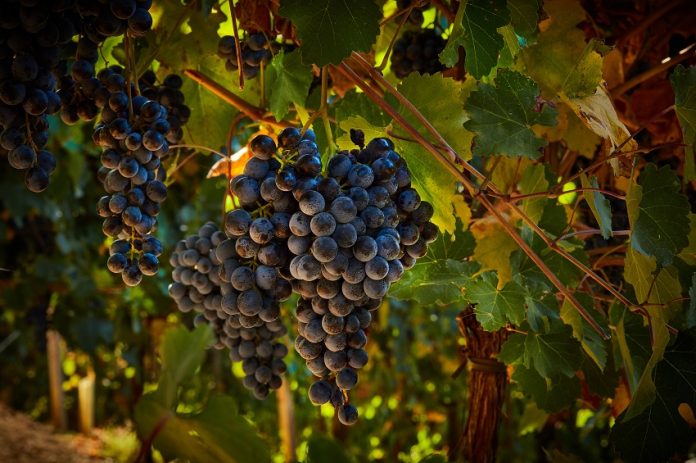 It is in the north of Modena, Italy, in the fertile soil between the rivers Secchia and Panaro, that Lambrusco comes to life. This region is well known for its balsamic vinegar, but also because it is the birthplace of the Ferrari brand! So it is also where this amazing wine was born, a sparkling red. It has been the standard bearer of Italian wine culture for many years, and its reputation is well established, even though it is sometimes unknown to the general public. After Mourvèdre, Viognier, and Muscat let’s discover this great Italian wine.

It is a grape variety native to Italy, already present in the time of the Roman Empire. It takes its name from the way the Romans called the wild vines on the edge of the field, “labrum“.

There are 12 varieties of this grape, all quite different, and giving wines with very specific and original characteristics. Almost all the varieties are grown in Emilia-Romagna, a region in the northeast of Italy. Lambrusco from this region is protected by the DOC (Denominazione di Origine Controllata) designation.

Some Lambrusco is produced in Lombardy, but the quantities are much smaller.

The Lambrusco in figures

Of the 12 different grape varieties, 3 of them are mainly used. First, there is Lambrusco Sorbara (the oldest). Then comes Lambrusco Salamino di Santa Croce (its name comes from the fact that its grapes look like salami). And finally Lambrusco Gasparossa (“red grapes” in Italian).

400 million bottles are produced each year.

The development of Lambrusco in Italy and in the world

The introduction of the Charmat winemaking method in Italy in the 1970s contributed to the considerable increase in production. This had a considerable effect on exports, especially to the United States, where Lambrusco was nicknamed the “Italian Coca-Cola”. In fact, it was so popular with Americans that it represented 50% of Italian wines imported into the United States in the 1980s.

The Italian wine has really sold in Europe, outside Italy, after its success in the USA. It began to make a name for itself on the best tables in Italy’s neighboring countries in the 1980s.

The characteristics of Lambrusco

Lambrusco can be secco (dry), amabile (semi-dry) or dolce (sweet) depending on the level of residual sugar. In addition, most of these wines have a low alcohol content, on average 10.5°, and have an average of 50 grams of sugar per liter.

The best known is Lambrusco di Sorbara, the oldest Lambrusco variety known to date. It is this variety that has made the fame of this vine. It is traced back to the 9th century. Today, it is a fairly versatile grape variety, giving red or rosé wines, dry or sweet. It has aromas of strawberries, raspberries and cherries.

Lambrusco Salamino di Santa Croce, is the other common variety. It is a red grape variety that produces dry or sweet, dark-colored wines. Less known than Lambrusco di Sorbara, it is more and more cultivated in Italy and is developing in recent years.

The third most famous variety is Lambrusco Gasparossa. It is a very aromatic red variety, with an intense ruby red color and a cherry colored foam.

The particularity of this wine comes from the fact that the winegrowers do not wait for the totality of the sugar to be transformed into alcohol before bottling it. The residual sugars cause a second fermentation in the bottle, which produces the fine bubbles. It results in a naturally sweet and slightly pearly wine.

How to taste the Lambrusco?

This wine should be consumed in a rather special way, because its bubbles are not very persistent and disappear quickly. Nevertheless, one can still feel the CO2 on the tongue, which gives a pearly effect in the mouth, called “frizzante” in Italian.

It is preferable to open the bottle at the last moment and to drink it quickly, to take advantage of its qualities in an optimal way. Moreover, these wines are generally very aromatic, with a beautiful nose of red or black fruits.

As far as food and wine pairing is concerned, the great variety of wines made from Lambrusco allows them to be matched with many dishes. They are usually served as an aperitif, or with starters, pork and cold cuts. Rosé lambrusco are perfect with sweet and frozen desserts.

Lambrusco is not a sparkling wine that can be compared to Champagne, because of the different methods of production and the result obtained. Indeed, Champagnes are mostly dry, while Lambrusco is sweet. On the other hand, one could compare this wine to the sparkling gamay of the Beaujolais, or to the Cerdons de Bugey.

Should we have to choose between wine and health?