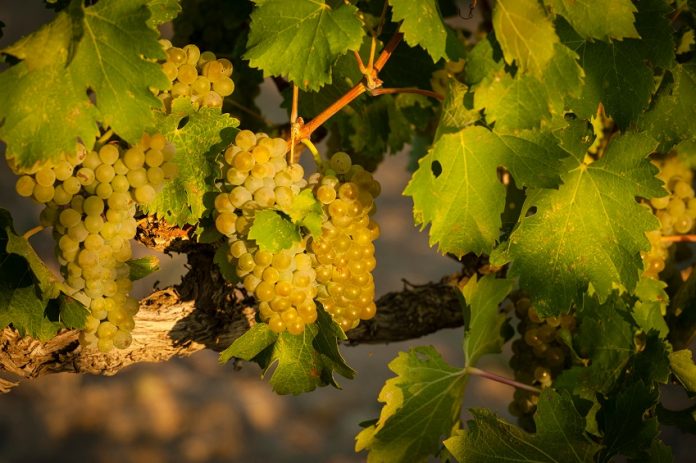 An emblematic grape variety of the Rhone Valley, Viognier has conquered the world after almost disappearing. Its history is full of twists and turns. King of the Condrieu, Château Grillet and Côte-Rôtie appellations, Viognier is appreciated for its aromatic qualities, its freshness and its finesse. In spite of its presence among the great French crus, it is still rather unknown, although it has been gaining in popularity for the last fifteen years and its departure for the new world.

After learning about the Mourvedre, let’s discover this grape variety and its colorful history, and find out its particularities.

The origins of the viognier

Viognier is a rather old grape variety. It is the Roman emperor Probus who brought it to the Rhone Valley (a Roman emperor of the 3rd century known to have been the restorer of Gallo-Roman viticulture).

Originally, it was mainly cultivated in the Northern Rhône Valley (between Vienne and Valence). It was then exported to the south of France and to several regions of the world.

The phylloxera episode, then the First World War, as well as the crisis of the thirties and the industrialization of the region, caused the number of hectares of Viognier vines to drop sharply. In 1965, for example, there were only 8 hectares of vines, the equivalent of a small farm.

But its qualities, and the work of the Condrieu winemakers enabled its development, first in Condrieu, then in the southern Rhone valley, then in the south of France, and finally throughout the world since the 2000s.

The Viognier in France and in the world

Viognier represents nearly 5,500 hectares of vines in France today. They are distributed mainly in the Rhone Valley, followed by the Languedoc, Corsica, Ardeche and the Gard.

Viognier is widely grown in the vineyards of Condrieu and Ampuis. It is also frequently used for the production of single-variety wines in the south of France, mainly in Languedoc-Roussillon.

Abroad, Viognier is also present in the United States, more precisely in California, Virginia and Georgia. In these regions, it is vinified alone, or in addition to other grape varieties such as chardonnay, chenin blanc or colombard.

It is grown and appreciated in Australia, where it represents 70% of the area planted with white grapes. As in France, it is sometimes used as a complement to Syrah. It was Peter Wall, an Australian winemaker and producer, who imported the variety. After discovering it in France, he was the first to introduce it successfully in Australia.

In Europe, it is also present in small quantities in Portugal, Italy, Greece and Spain.

Characteristics of the Viognier grape

Viognier is a quality white wine, with a great finesse and very fragrant. Most of the time, it produces a rather fat wine, almost syrupy and unctuous. It is a grape variety that needs a lot of sunshine to develop all its aromas. And it resists quite well to drought.

Viognier is characterized by small compact bunches, with small berries and thick skin of white and amber color.

It is not a very fertile grape variety, with a yield of only 30 hl/hectare in good years. It is a variety with a rather early budding, which exposes it to spring frosts. Hence its acclimatization in rather warm regions.

The strength of Viognier is its ability to combine acidity and roundness, all with an exceptional aromatic richness. Indeed, this grape variety is very rich in aromas, the main ones being honeysuckle, lime, apricot, woody notes or honey.

Viognier and Syrah, a love story

It is with the other indigenous grape variety of the Rhone Valley that Viognier is best paired: Syrah. They are as close as their favorite places are: Côtes-Rôtie for Syrah, and Condrieu for Viognier.

Condrieu is the only appellation in the Northern Côtes-du-Rhône to add Viognier (no more than 20%). And the result is grandiose: a contribution of softness, freshness, finesse, elegance and aromas.

How to taste Viognier?

Viognier can also be a wine for aperitif, but it is above all a wine for dishes, to be enjoyed with food.

In terms of food and wine pairing, it goes well with fish and seafood, as well as with white meat. It is also appreciated with goat cheese (rigotte de Condrieu to stay in the aerea), as well as asparagus.

Wines made from Viognier are also quite often paired with Asian dishes. For example, Thai and Vietnamese cuisine, as well as Japanese sushi.

Viognier is a grape variety that produces very fragrant wines and does not require special aeration before tasting.

Its qualities, as well as its needs and the climate in which it flourishes, make Viognier one of the great white grape varieties of the future. To be continued…