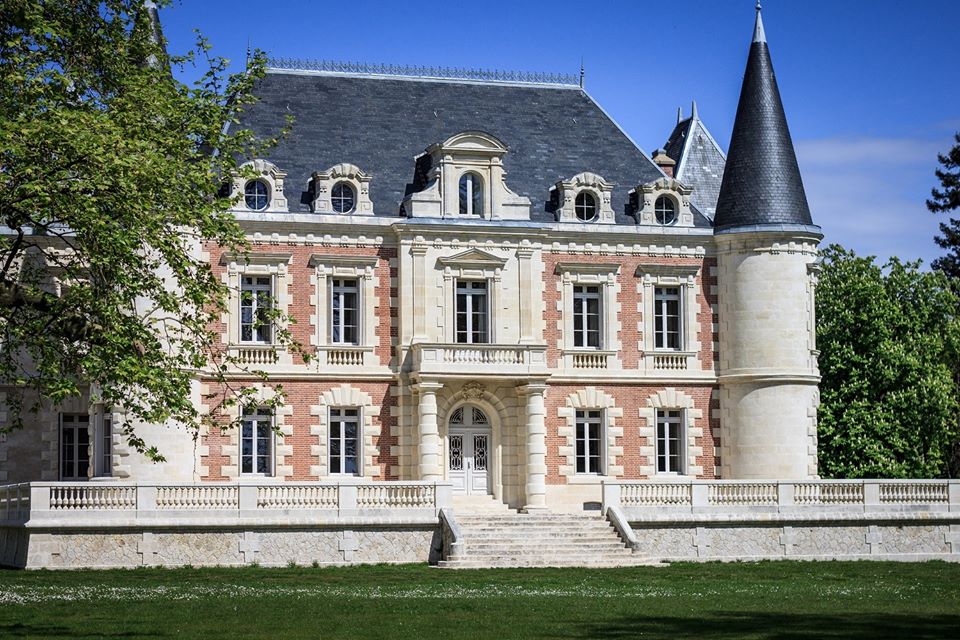 Aveine had the chance to meet Anne Melchior from Château Lamothe-Bergeron. On the occasion of the reopening of the château, let’s go back to a very interesting interview!

Thank you for welcoming us at the Château Lamothe-Bergeron. Can you tell us the history of the estate ?

The origins of Château Lamothe-Bergeron go back to the Middle Ages. Let’s not go so far back, and let’s focus on the most famous of its owners: Jacques de Bergeron. Jacques de Bergeron lived in the late 18th and early 19th centuries. He was a very famous man, known in the wine world for having developed a grafting technique, which was named “the Bergeron method”. At that time, the castle was quite famous thanks to him. The main building in which we are standing was built a little later in 1868, and was recently renovated.

Today and since 2015, visitors from all over the world are welcomed for wine tourism activities. Thanks to this renewal, the place welcomes nearly 9000 visitors every year.

What are your hopes for your latest vintages?

If we’re talking about the last few vintages 2016, 2017, and 2018. We have very good years, especially 2016 and 2018. 2016 is a wine that is still a bit young but already shows a lot of potential, with a nice density, a fruit that is quite greedy and a good length in the mouth already for its young age. With a few hours of decanting, it becomes a more accessible and enjoyable wine to drink.

Do you decant your wines? Is aeration important to you?

Of course. When we create our meals with our Château Lamothe-Bergeron wines, we decant our youngest vintages, which are still a little hard, a little closed. For the older ones, we will have to adapt according to the vintage. And of course, it is important to be able to aerate the wine as it should be so that it is pleasant to taste at the right moment.

You have been using Aveine for some time, what do you think?

In fact, when we tested the Aveine Aerator, at the beginning of 2019, we were really impressed by the quality of the decantation. We tested it on three vintages and it’s true that on the “hardest” vintages, those we had trouble tasting at the time. And the effect was really obvious. On those that were already good to drink, we noticed a little less the difference, but on the young vintages, it was really impressive!

So it really helps to accelerate the aeration, to have your wines ready to taste right away?

Absolutely, it brings more aromas and also tannins, they will be more present, more encompassing in the mouth. We can really see, as for the classic decanting, that it brings something right away. Moreover, it develops the complexity of our wines.

Would you recommend it to wine professionals?

Yes, of course, we actually recommend it. We are ambassadors, and we put it forward during our tastings, already with individuals, and when we also receive professionals, whether it be restaurants or merchants, we like to talk about it during our meals and even test it!

Go and discover Château Lamothe-Bergeron and its wine tour by following this link: https://www.lamothebergeron.fr/

Which wine gift for Christmas?

Christmas list: which wines to put under your tree?