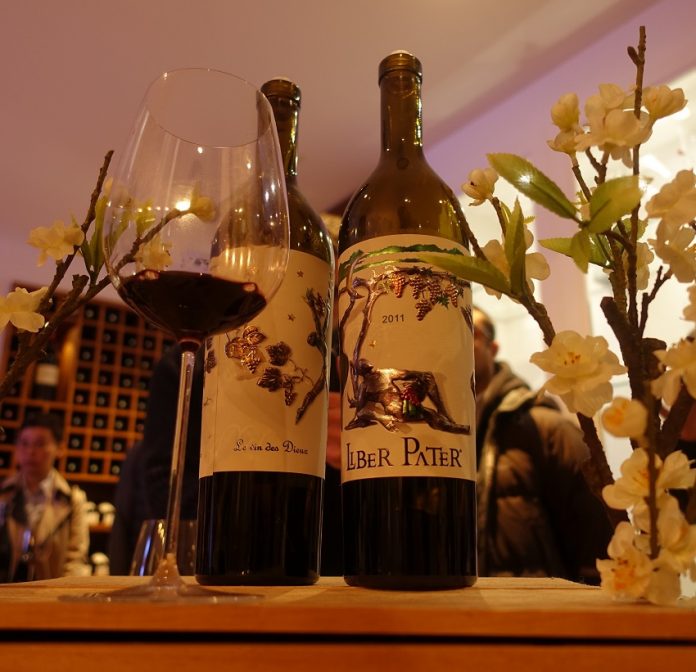 In our article about the ten most expensive wines in the world, we mentioned Liber Pater in our selection. But who is Liber Pater? Where can you find it?

First of all, Liber Pater is located near Bordeaux, in the wine region of Graves and more precisely in Landiras. A real tour de force when you think about it, because the wines in the area are negotiated rather around 10 euros a bottle!

The term Liber Pater refers to the cult of Dionysus / Bacchus, the god of wine.

Finally, the surface of the vineyard is 2.3 hectares and displays an impressive density of vines: 20,000 plants per hectare! The grape varieties used are Castet, Petite Vidure, Tarnay, Saint Macaire and Malbec.

Behind Liber Pater we find Loïc Pasquet. Above all a winemaker, it must be said that he is also known for some very committed positions in favor of Liber Pater. This has earned him a few legal episodes, feeding the buzz around this famous wine.

Liber Pater is now worth 30,000 euros a bottle. This exorbitant price started with the 2015 vintage. Previously, the vintages of these wines were traded at around 5,000 euros per bottle. The reason for this significant price increase is explained by the use of exclusively “free standing” grape varieties from 2015. This means from ungrafted grape varieties.

If you didn’t know, the vast majority of vines used for wine production are grafted. They use a root system from another species of vine. The explanation? A large part of the world’s vineyards was decimated at the end of the 19th century by a tiny aphid, the Phylloxera. Coming from the United States, the only solution found was to graft the root system of vine varieties (Vitis) that had developed a resistance to this aphid. The European vines (Vitis Vinifera) renowned for the quality of the wines produced found their salvation through this grafting technique.

The specificities of Liber Pater

The location of this vineyard finds its singularity in time. It is one of the highest points of the region, at 90 meters above sea level, whose typology has been shaped over the millennia. The Landiras-Villagrains anticline has been the subject of many geological studies to understand the formation of the Aquitaine basin.

The other distinctive feature of Liber Pater is the “free-standing” vines. Indeed, the vast majority of Bordeaux vines are therefore grafted. However, for Loïc Pasquet this grafting technique raises a problem in the final result. The wine would not have the same quality since the grafting of the grape varieties. To support these remarks, some old written references are also put forward. Would we have lost the finesse of Bordeaux wines? This is the theory on which the existence of Liber Pater is based. The promise is that you can experience the true taste of Bordeaux wines. Provocative, but also committed.

It is not easy to taste such a bottle. This wine is produced only in the best years and in very limited quantities. 350 bottles for the 2015 vintage. For the moment, we have only been able to taste this wine from vintages prior to 2015 that were not produced from free standing vines.

For the more recent ones, we were still able to taste a few batches during different phases of vinification when we visited Liber Pater. In particular, we will keep a rather incredible feeling about the 2018 vintage, even though the wine was about to start its maturation process. The purity of the fruit was truly exceptional! The impression of drinking a real red fruit juice, very fresh. This feeling was extremely strong. But will it be enough to make us pay 30,000 euros for a bottle and discover the “true taste” of Bordeaux wines?

One thing is for sure, if the occasion arises, we would not forget to take our Aveine wine aerator to taste such a nectar! The other vintages, as well as the Denarius cuvée (at a modest price of 500 euros per bottle), clearly let us perceive a gradual complexity upon aeration.

Check out our series of articles on the most expensive wines in the world and many others on the Aveine blog.

All about fortified wine