Accueil Wine and Business Petrus, one of the most expensive wines in the world
Facebook
Twitter
Linkedin
Email 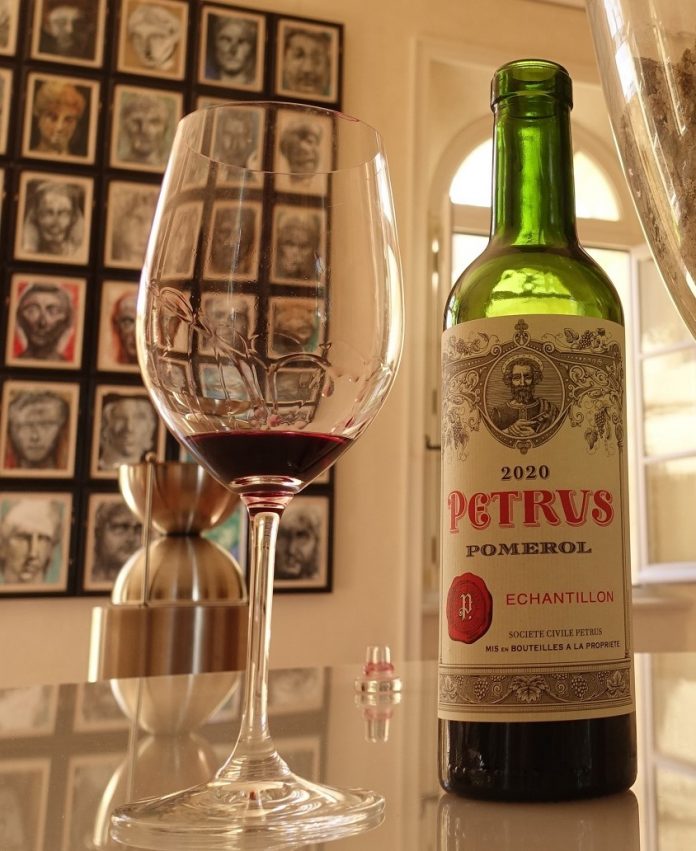 Petrus is probably the most famous wine in the world and often considered the most expensive. Even if this has not always been true, as shown in our top 10 most expensive wines in the world, it is still extremely expensive. And above all, Petrus has long been a source of fantasy for many wine lovers: to taste a Petrus at least once in one’s life is something of an ultimate goal!

The price of a bottle of Petrus

Yes Petrus is expensive. Generally a bottle is around 3000 euros. Depending on the vintage, prices can soar. Is this justified? It may be. Indeed, 9 vintages have been rated 100/100 by the most influential critic of all time, Robert Parker. These are the 2010, 2009, 2000, 1990, 1989, 1961, 1947, 1929 and 1921 vintages. But the unparalleled feature was that of the “space vintage“, where some bottles of the 2000 vintage were sent into space for a maturation of about ten months in orbit. Back on earth, the price of these bottles is given with an estimate that explodes all previous wine records: 1 million dollars!

So we wanted to tell you a little more about this mythical wine.

Petrus is located in the heart of the Pomerol appellation on the right bank of Bordeaux, next to Saint-Emilion. This appellation is world renowned for the quality of the wines produced, mainly from the Merlot grape variety, which is largely dominant in the blends. It is completed by Cabernet Franc and Cabernet Sauvignon.

If it is the most prestigious domain of the appellation, it is also worth mentioning that other great domains are immediate neighbors of Petrus: Château Lafleur, Château Gazin or Vieux Château Certan. The Pomerol appellation is full of great names and the prices charged are generally not cheap. Prestige, rarity, high demand, as well as extremely high land prices are some of the reasons for this.

The history of Petrus

The history of the estate is relatively recent and is closely linked to the Moueix family, a very important family of Bordeaux merchants, specialized particularly in the right bank. In 1945 the property was acquired by Mrs. Loubat who was then referred by Jean Pierre Moueix for the distribution of her wine. Both parties were convinced of the exceptional potential of the property. This wine is exported and will become the favorite of the Kennedy family, among others. Although not present in the Bordeaux rankings, Petrus is compared to the greatest, and even seems to stand out. Later on, the Jean Pierre Moueix wine merchant house became the owner in 1969. It is still the owner today even if it has recently sold 20% of its capital to a Colombian investor, Alejandro Santo Domingo, for a transaction estimated at 200 million dollars.

The characteristics of Petrus

The greatest particularity of Petrus lies in the soils which have a unique characteristic. Its vines are located on the highest area of the appellation, at about 40 meters, on a plateau composed of blue clays. These blue clays are rich in iron and also store water. This key resource is distributed throughout the season, a decisive point during particularly arid periods.

Petrus covers 11.6 hectares and is, since 2010, composed solely of the Merlot grape. The average age of the vines is about 40 years. The production is around 30 000 bottles depending on the year. It should be noted, however, that some vintages have not seen the light of day, because of the quality deemed insufficient. This is the case of 1956, 1965 and 1991.

Behind Petrus it is important to say that there is also the Berrouet family. Jean-Claude Berrouet was the technical director from 1964 to 2007. From 2008 he passed the torch to his son, Olivier. The main guideline remains the same: always let the terroir express itself.

In the end, we find grapes that have a maturity that can be considered perfect. A splendid aromatic freshness, a lot of concentration, but also this little bonus given by these ferrous notes and which makes all the difference.

There are notes of black fruits, truffles as well as floral notes, violet. The length in the mouth varies according to the vintage and can appear to be endless. This is the trademark of Petrus. The wines develop a formidable complexity with age. If you have such a bottle in your cellar, wait about fifteen years before opening it. Petrus needs time and also aeration. So if you ever open a Petrus don’t forget your Aveine aerator!

Check out our series of articles on the most expensive wines in the world and many others on the Aveine blog.