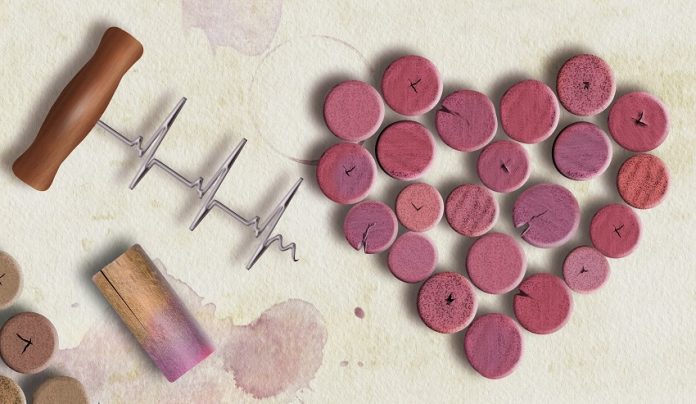 On the occasion of World Health Day, we wanted to talk about a topic that has caused a lot of debate and that continues to question… and to divide : the impact of wine on our health! Many theories have followed one another over the years, showing that wine could have positive effects on our health… before another one came along and showed the exact opposite!

The negative effects of wine on our health

Let’s start by talking about what’s annoying, wine and health don’t necessarily go together. Wine is an alcoholic beverage, and alcohol is the cause of many damages in the world. In a direct and/or indirect way.

Alcoholism has been recognized as a disease since 1978 by the WHO (World Health Organization). It is characterized by mental and behavioral disorders, making the person dependent on alcohol. We are moving away from the specific world of wine to that of alcohol in the broad sense. This notion of disease is subject to debate, some preferring the notion of drug for its addictive effect. In both cases it shows particularly harmful consequences on humans.

Wine can lead to addiction, which is a form of disease. It can also cause cirrhosis, cancer, and accidents of all kinds. In the world, alcohol is responsible for more than 3 million deaths each year.

“Drink or drive you have to choose”

A well-chosen French slogan to illustrate the risks linked to accidents. 30% of road deaths in France are attributable to alcohol, 20% average worldwide, which is huge.

In fact, it is forbidden to drive with more than 0.5g/L of alcohol in the blood in France, which corresponds to two 12.5 cl glasses of wine. You may think that this is not much? But in other countries it is even forbidden (in Europe: Romania, Slovakia, Czech Republic, Hungary).

You have understood that wine, even if we love it, must be consumed with moderation. A lot of incidents happen every day all over the world with alcohol as a background. And this is a particularly regrettable thing. Some people militate ardently against this and restrictive laws have come to frame the promotion of alcohol over the years. In France the Loi Évin forbids direct advertising of alcohol (and also tobacco).

But at least it is still allowed. Because the time when alcohol was forbidden brings us back to the famous prohibition era in the United States! A time, when, between the years 1919 and 1933 the consumption of alcohol was forbidden all over the United States! This drastic measure was prompted by the high rate of domestic violence, alcohol-related incidents, and the desire of some preachers to “elevate society”.

The positive effects of wine on our health

If it is known that alcohol, especially when consumed excessively, can seriously damage health, other theories have put forward some benefits.

The most famous example is Pasteur who declared in his time “wine is the healthiest and most hygienic beverage there is”. However, it should be kept in mind that since the 1860’s the quality of water has improved significantly… Louis Pasteur is the eminent researcher to whom we owe many scientific breakthroughs such as the rabies vaccine. But Pasteur is also considered as the father of modern oenology. Indeed, it is at the request of Napoleon the 3rd that he studied the process of wine making. He was thus able to highlight the role and origin of yeast in alcoholic fermentation. It is what led him to pasteurization, a process that allows better preservation of food by removing micro-organisms through heating and then sudden cooling.

It has also been brought to light that wine, and more particularly red wine, could have positive effects on our body. The reason is the polyphenols contained mainly in the skins of grapes. These molecules would have an antioxidant effect on our cardiovascular system.

This is where the famous “French paradox” comes from. An study conducted in the 1960s and 1970s showed that despite a very fatty diet, the French developed less cardiovascular disease than the Americans. Consuming a glass of red wine a day on a regular basis, but not excessively, would reduce the risk of some diseases. This idea has helped popularize the French “art de vivre” across the Atlantic. A question that we had developed in a previous article.

Drinking wine has long been part of the daily life of the Fench people. Many commercials praised the benefits of alcohol. Moreover, until 1962 wine was served in schools!

Wine also allows to link different individuals around the same passion. It is a powerful vector of social interaction, which is essential for our psychological well-being. Wine brings people together, allows for encounters, discoveries, and perhaps an invitation to travel. A breath of fresh air.

We drink wine for our health, we appreciate it, but always in moderation!

Wine and health ? As with everything, it is generally a question of finding a balance. Excesses are usually not positive, and as far as alcohol is concerned, they never are. Especially in the long term. Not to mention its effect on weight! However, it should be noted that the more one is interested in the world of wine, the more one appreciates the product for its qualities and for its history. Of course there is alcohol in wine, and for this reason this drink must be treated as such, that is to say with moderation and caution. And to make your tastings a success, don’t forget your connected wine aerator Aveine !

What happens when wine gets oxygen?