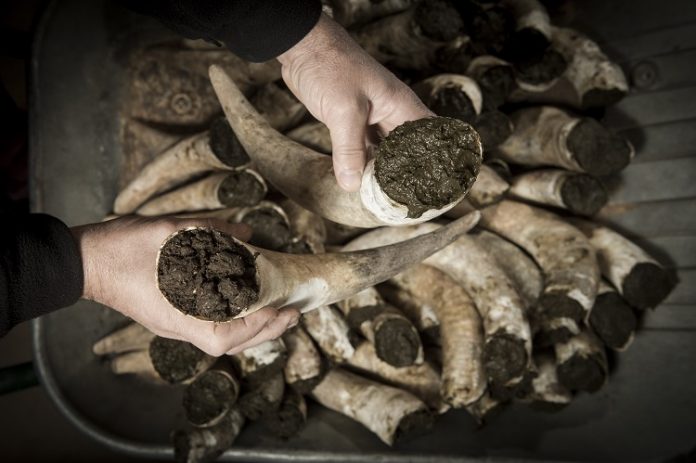 If you have ever heard a winegrower tell you that he had buried cow horns, previously filled with dung, at the beginning of winter and that he was planning to dig them up in the spring to spread them on his land, rest assured, you are not crazy, and neither is he! He is simply a biodynamic wine grower, and has a more global vision of viticulture, which is very different from traditional culture. One might think that these methods are of a new kind, linked to ecological issues, but it is not so. Want to know a little more about biodynamics? You’ve come to the right place.

The different methods of wine growing

Biodynamics is a method of cultivation, adaptable to all types of agriculture, and therefore also used in the cultivation of grapes. So before going into the details of this method, let’s come back to some notions of viticulture.

To sum up, biodynamic viticulture is therefore the evolution of organic viticulture, and precedes the natural wine method.

Where does biodynamic wine culture come from?

It is in the 1920s that biodynamics began to appear. The Austrian philosopher Rudolf Steiner then questioned the agricultural world on the effects of pesticides and chemical products. He also questioned farmers on the cosmic influences on agriculture. The aim was to restore vitality and liveliness to the land.

The philosopher will therefore give a series of eight lectures entitled “Spiritual Foundations for the Renewal of Agriculture”. And it is as a result of these lectures that an agricultural movement was born, which wanted to be more responsible and respectful of the earth.

The culture of wine in biodynamic farming developed especially after the Second World War, arriving in France in 1969 via Eugène Meyer, pioneer of biodynamic viticulture in Alsace. This new method of viticulture will then find an echo from the 80’s, especially with the commitment of a winegrower from the Loire, Nicolas Joly, in favor of these methods. His association, “Renaissance des Appellations”, which brings together international winegrowers certified in organic and biodynamic viticulture, organizes wine tastings and seminars all over the world.

What is biodynamic farming?

Biodynamics is about understanding everything that surrounds culture on the material (tangible) and immaterial (non-tangible) levels. Biodynamics allows the winegrower, or more broadly the farmer, to make decisions and act on the whole environment surrounding the vine, the plant, and not only on the cultivated fruit.

Beyond the “living”, biodynamics also takes into account the energies that surround us. Energies such as the magnetism of the earth, the attraction of the poles, the lunar cycles and its influences.
The culture of wine in biodynamic viticulture is subject to a unique principle: the soil-vineyard-climate environment is considered as a single entity. The whole environment of the vine is therefore linked. And the addition of input on one of the elements will therefore impact the others. Hence the interest of not using chemical and phytosanitary products.

The concept of biodynamics is closely linked to organic agriculture. The concepts of composting, animal and plant diversity and crop rotation are generally also part of these methods. But biodynamics goes further. It is based on a deep reflection on the balance between the ecosystem of the vine (including fauna and flora) and man.

How does biodynamic farming work on the vine?

Biodynamic viticulture therefore consists in connecting the vine to its environment. The addition of chemical herbicides is forbidden. Also, the grass around the vines is not cut, the vines are planted next to other crops, beehives are placed nearby, etc. Fertilizers and other chemical products are set aside in biodynamic viticulture. The winemaker’s tools and allies are therefore natural preparations. And the best known of which are the use of animal excrement, cow horns or quartz.
The preparation based on cow dung, inserted in a horn is therefore the best known. It is a preparation obtained by fermenting cow dung, previously inserted in a horn, and buried during the winter. Once spring arrives, this dung will be dynamised with water and sprayed on the soil to fertilise it.

As for following the lunar calendar, it is a way to maximize the efficiency of natural inputs, dispersed on the vine or the soils.
Biodynamic wine growing is more a set of fundamental concepts than a set of rules. Most winemakers test approaches over several years, and end up choosing the one that best suits their terroir.
Biodynamics consists in dynamizing the exchanges between the vine and its environment. It is also a question of stimulating the defense capacities of the plant, therefore of the vine, to avoid adding inputs. Instead of caring for the vine, it is made stronger and the role of the winegrower is to avoid imbalances.

Some labels put forward the efforts of the winegrower working in biodynamics. The best known is the Demeter label. It is necessary to follow the specifications of the label, in a meticulous way, and thus hope to receive it. This label is present in 53 countries. It assures consumers that all the winegrowers who have applied this label to their bottles follow their methods and specifications to the letter.
Biodyvin or Nature & Progrès are also other, less well-known labels.

For some, biodynamics is a myth and winemakers who use it would be wasting their time. This is also due to a lack of studies and results. The practices of biodynamic winegrowers are sometimes described as surrealistic, even absurd. It is true that one can ask oneself questions when one sees winegrowers using a cow horn filled with quartz, buried at the autumn equinox and dug up in the spring so that its contents can be diluted in water, stirred in a dynamizer and then sprayed in the vines. But one thing that cannot be taken away from biodynamic enthusiasts: they believe in it. And these methods are not harmful to the final product, quite the contrary. So why not let them try it?

What about the aeration of biodynamic wine?

The “cleaner” a wine is said to be, as is the case with biodynamic wines, the less it is fixed chemically or via sulphites. Although the biodynamic viticulture specifications do not prohibit the addition of sulfites, most biodynamic winemakers do not use sulfites. These less “stable” wines therefore need more time to express themselves and let their terroir stand out. Aeration may prove to be necessary. Indeed, aerating a biodynamic wine will allow the texture to open out, the aromas to develop, and the wine to untie itself.

As biodynamic wines are also wines that are mostly quite young. So it is always preferable to oxygenate them in order to appreciate them at their true value. With a decanter, if you have the time, or an Aveine connected aerator for immediate tasting.

Biodynamic wines are the result of all the work done on the vine. Awork that respects the living and the soil. The taste is not altered at all. And it will depend, as in traditional culture, on the work and choices of the winemaker (and the grape variety used of course).
By energizing the vine with its environment, some say that the wine is therefore better able to express its terroir. These are often wines remarkable for their personalities and qualities. Moreover, the estates working in biodynamics are not only small estates, lost in the middle of nowhere or having a small production. One of the largest estates in Burgundy and known throughout the world, Domaine la Romanée Conti, has switched to biodynamic farming.

All about volcanic wines

All about the viognier