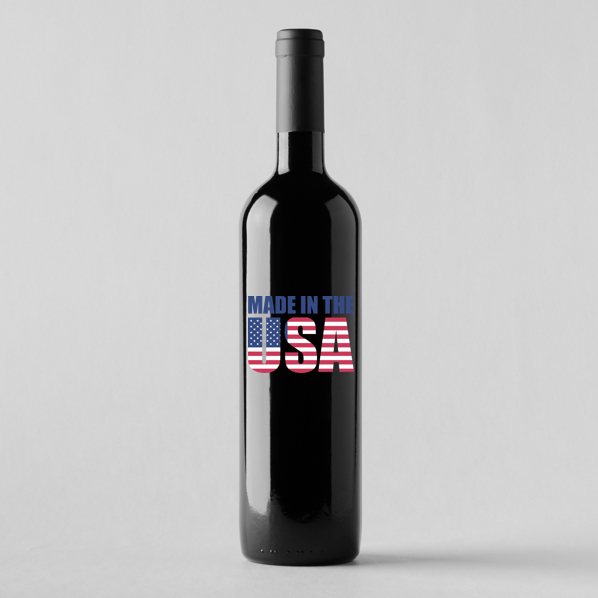 This week is an important week for the USA. Indeed, on Monday the country celebrated a great man, Martin Luther King. And on Wednesday the inauguration ceremony of the new president of the United States took place. So we decided to put American wines in the spotlight in this article. And especially the wine regions of the USA.

The wine market in the USA

If you’re talking about American wines, chances are you’ll be heading to California, with regions such as the Napa and Sonoma Valleys at the top of the list. And that would be quite normal, since California alone accounted for 86% of the wines produced in the United States in 2019*.

The USA is the 3rd largest wine importer in the world, with a pronounced taste for French wines, especially rosé, but also Grand Cru and Champagne. It is also the 7th largest exporter, of which a little more than half of the wines exported are bulk wines that are mainly destined for countries outside the European Union.

The wine market in the United States is significant. It is now the largest consumer worldwide, ahead of France and Italy*. Therefore, the country needs large quantities of wine to supply the domestic market. Fortunately, it is possible to produce wine in other wine-producing regions of the country, and these are mainly aimed at this market. But what are these “other” wine regions in the USA?

Wine regions in the USA… outside California

Wine can be found in many states, but it is mainly Oregon, New York, Washington, and Virginia that we will discover. We find there quality wines that really deserve the visit!

Oregon is located in the northwestern United States, bordering the Pacific Ocean. This proximity offers a very refreshing influence. This allows the production of wines based on Pinot Noir, a grape variety that requires a cool climate. Oregon’s Pinots Noirs are extremely famous. The region has developed particularly well since the 1960s. These wines are now renowned worldwide for their high quality. It is not by chance that the prestigious Burgundian house Drouhin has been producing a wine in the AVA** of “Dundee Hills” since the end of the 1980s. Chardonnay and Pinot Gris can also be found there.

Other AVAs are also well-known such as Willamette Valley and Columbia Valley. It should be noted that the inland is much warmer. The style of wine is changing radically, in favor of varieties such as Merlot, Syrah, and even Tempranillo. If you are interested, take a look at the AVA Rogue Valley.

The climate is continental, with particularly dry conditions in some AVAs such as Columbia Valley. The nights are cool, and allow for a refreshing of the berries. Irrigation is possible thanks to the melted snow from the Cascade Mountains, but remains highly regulated.

We find different varieties such as Cabernet Sauvignon, Merlot, but also Sauvignon Blanc, and even Riesling as at Rattlesnake Hills AVA.

New York State is located in the Northeastern United States and borders Canada. Again, not to be confused with the city of New York, which is located in the state of the same name, but which is on the peninsula of Manhattan on the edge of the Atlantic Ocean. The latter grows buildings more than vines!

For the vines we will have to enter the land, at the border of Canada with the emblematic Finger Lakes AVA. This AVA takes its name from the eleven large lakes that give the impression of fingers on the map, due to their long, narrow, and close shape. Winemaking is concentrated around these lakes because the climate is extremely cold in winter. The presence of these lakes offers a microclimate where the cultivation of vines is possible.

We mainly find Riesling, Chardonnay and Cabernet Franc, but also hybrid varieties such as Vidal or Concord. These grape varieties are the result of crossbreeding between European Vitis Vinifera vines and different American vines such as Vitis Labrusca. This gives this wine region a local specificity.

Virginia is located in the southeast of the country. It is a booming wine region, with the particularity of hot and humid summers to deal with in terms of viticulture.

However, the culture of the vine is not recent in Virginia, it is on the contrary one of the oldest wine regions in the USA! It had all the interest of the former American President Thomas Jefferson at the beginning of the 19th century. A great wine lover whose vineyard also bears his name. You will also find there the Trump Winery. Apart from that, many confidential properties with a human dimension are present, and conduct numerous experiments on grape varieties such as Furmint, Saperavi, or Gros Manseng.

Today’s flagship wines are made from Viognier, but there are also “Bordeaux blends” such as Petit Verdot.

Virginia wines are mainly intended for the domestic market. They are therefore difficult to get hold of, but really deserve to be looked at! Remember the AVAs of Monticello and Middelburg.

The other wine-growing regions in the USA are just like the country: wide!

The subject of wines in the United States is not limited to California. It is as vast as the country, and frankly deserves a visit! There are many other regions that deserve to be talked about their wines. We can think for example of Texas, which is also a very old American wine region, or New Mexico. Lovers of discoveries, travels, and unknown gems, don’t hesitate to dig into the subject of American wines!

And don’t forget to bring your Aveine aerator with you, it could prove indispensable for most American wines!

Wine in space, a match made in heaven