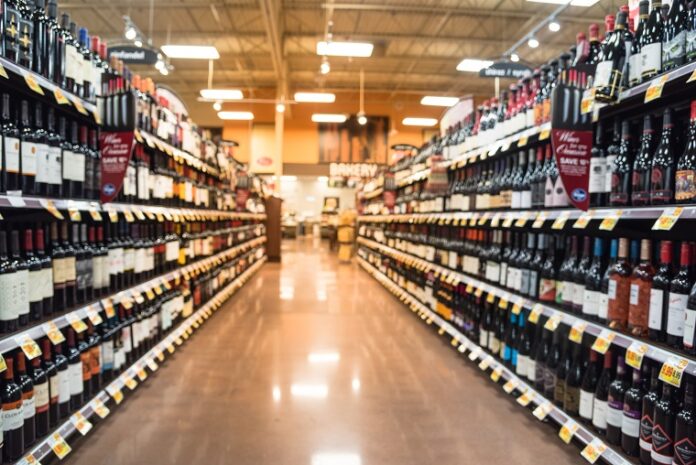 Origins of the Wine Fair

It was the Leclerc supermarket chain based at the time in Finistère, more precisely in Landerneau, which organized the first wine fair in 1973. This idea of a wine fair was born within the Scarmor buying group, then working for Leclerc. It was apparently François-Paul Bordais, president of this buying group, who was at the origin of it. As a great wine lover, he wanted to democratize the consumption of great wines, or at least quality wines. And to be able to sell them in supermarket chains. With the help of Antoine Polard, they contacted major wine merchants, and most of them refused, fearing that the presence of grands crus in supermarkets would damage their image of luxury products. Only two domains accepted at the time: Moueix and Ginestet.

The first wine fair was therefore launched in Autumn 1973.
Today, the Leclerc brand remains the leader of wine fairs in terms of turnover, with nearly 92 million euros in 2019.

Worldwide, the United States consumes the most hectoliters of wine, with 32.6 million hectoliters. Nevertheless, their per capita consumption remains much lower than that of Europeans, with 12.1 liters per year per inhabitant. It is 43.6 liters for Italians, or 51.4 liters per year per capita in Portugal, the world’s largest per capita consumer.
This significant decline is offset by consumers’ desire to consume less, but better. In fact, the annual budget for the purchase of bottles of wine is 325€ in 2017, or 24€ more than 10 years ago.

This decrease of consumption in France (and in the world) has several reasons.

The period of wine fairs is highly anticipated, and more and more retailers are participating. This is the case for the giants of mass distribution, specialized stores and, recently, online sales websites.

Since 2018, sales at wine fairs have been decreasing. This is due to the decline of consumers’ purchasing power and changes in consumption habits (as explained above). Both the value and the volume of sales are affected by this decline.

As we have seen, these decreases are explained by the EGalim law and the limitation of promotions. These two bans have prevented the supermarkets from doing their usual promotions. (The typical “1+1 free” operations for example, or the sale of great wines at cost price are now impossible with these restrictions). This limitation has also had a major impact on champagne sales. Prior to the implementation of the law, promotions above 34% accounted for nearly one-third of sales.

Wine fairs around the world

The wine fair is a quite French tradition. It is therefore not very common in this form outside of France. Indeed, the concept of a whole month reserved for promotions for wine products is a specificity of the major French retailers. Specialized sellers and online stores have now joined them.
Moreover, French consumers are used to being offered promotions on these products at this time of the year. This is not necessarily the case in other countries. Wine fairs are nowadays a tradition, for the French, almost unavoidable.

However, this concept is exported abroad via the presence of these big retailers in other countries. This is for example the case of the Carrefour group, which each year holds wine fairs in its stores in Asia. This very French concept is promoted abroad via French stores established outside France. Other groups such as Auchan, have done the same in their stores in Eastern Europe for example.

Outside f France, it is the concept of ” trade show ” that works more, to promote wine. The largest trade events (ProWein in Germany, Vinexpo in Asia, etc.) represent successful operations for the wine world. However, these actions are more communication campaigns than promotional operations, unlike wine fairs.

Indeed, wine fairs are an opportunity for French consumers to discover foreign references. To stand out from the competition and change habits of the past, many retailers now offer wines from the “New World”, the USA or also Spanish and Italian wines during wine fairs.

What future for wine fairs?

The reassuring statistic for retailers is that consumers are still very interested in the operation. In addition, the French still want to consume wine, but simply want to consume it in a different way, whether in the act of buying or in consumption. Moreover, the desire of consumers to know more, about production, quality or the history behind each bottle, may be a lead to consider, in order to suggest new things.

To mention another example, the retailers could offer “training” on wine tasting, and in particular on the aeration of the wines they offer. Indeed, most of the wines on sale at wine fairs are grands crus and young wines. They therefore require optimal aeration to be tasted properly. Consumers are just asking to be educated on these issues.

It is therefore on this data that retailers will have to rely in the future to continue to make this period a success and a showcase for producers. Because we often forget that they are the other big winners at wine fairs.
Will they rise to the challenge? Only time will tell.