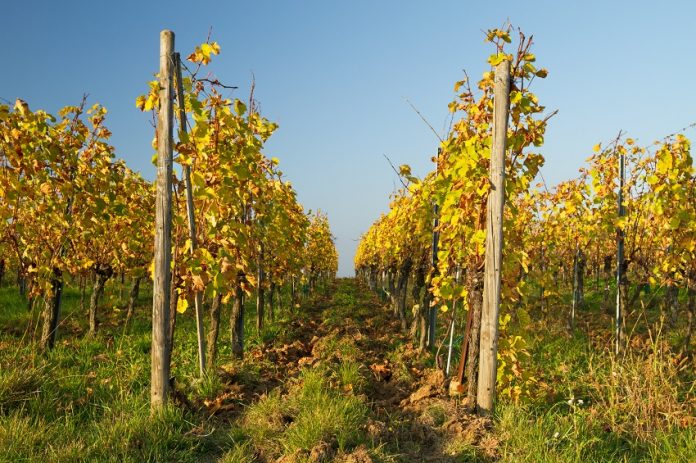 No, late harvests are not linked to an involuntary delay by the winemaker in harvesting his grapes, but rather a process that serves to obtain a specific style and offers different results!

The principle of late harvest

The late harvest consists in waiting an additional time before harvesting the grapes. Harvesting normally takes place when a balance between the sugar and acidity levels is reached. Here we choose to wait, which has the consequence of letting the vine continue to ripen the grapes according to its photosynthesis process. The sugar level continues to increase as the grapes dehydrate. The aromatic will also evolve. This requires special attention, manual harvesting, which has an impact on the final cost price.

Where do we practice the late harvest?

The principle of late harvest can be found in several wine regions throughout France but also in other countries.

This designation ” late harvest ” is besides framed by decrees in France. It is mainly linked to the Alsatian region, but it also includes the appellations of Gaillac and Jurançon.

In other regions, the term “passerillage” can be found, which is actually the name of the technique used for late harvesting.

Alsace and Germany are undoubtedly at the top of the list when it comes to late harvests.

These bottles are rarely inexpensive, especially if you are going for the grands crus. On the other hand, there is a complexity and typicity to the bottles that reveals the grape varieties and the identity of the place.

Germany is also a specialist of this style, which gives it a great diversity…but also, it must be said, a certain complexity to find one’s way! Indeed, it is easy to get confused between the different German terms and the obscure classification of “Pradikatswein”. This classification is based on an analysis of the density of the must, and, according to the sugar level, the wine will be classified in different categories going from the least sweet (in theory) to the sweetest: Kabinett; Spatlese; Auslese; Beerenauslese and Trockenberrenauslese. Beware for these last two categories the sugar levels are so high that botrytized grapes are necessary. It is therefore another technique.

These 3 terms refer to the technique of passerillage but differ. The difference is that the grapes for a straw wine, or passito in Italy, do not dry on the vine. They are harvested and then left to dehydrate in warm, airy rooms, in crates or on straw, hence the name “straw wine” (vin de paille) in the Jura region. The grapes continue their maturation and dehydrate gradually, making the aromas evolve towards notes of dried fruits.

This principle is therefore different from late harvesting but offers many similarities in the final result.

Italy has a great diversity of styles in this regard. The passito style can be found in many regions. The most famous example is probably the “Vin Santo” in Tuscany.

Near Verona, in the North East of Italy, in the Veneto region, the Valpolicella appellation also offers different styles resulting from this passito method, but this time with red wines.

The most common style in this version, and very popular, is “Amarone della Valpolicella”. It represents the “dry/not quite dry” version of this style. The other version, Recioto della Valpolicella, follows the same process, but in a sweet version. So sweet that the fermentation stops by itself, as the yeast can no longer convert all the sugar into alcohol.

In some other regions, postponing the harvest will lead to harvesting in the middle of winter under negative temperatures. We are talking about the famous ice wines! This style is found mainly in Germany under the term “Eiswein” and in Canada: “Icewine”. Some Eastern European countries like Austria also produce it.

The grapes are harvested then pressed while still frozen. This results in sub-zero temperatures, which must be respected according to the different specifications. The most severe temperatures to respect are found in the ice wines of Canada. This results in the water contained in the grapes being trapped in the form of ice when the grapes are pressed. The result is a juice concentrated in aroma, sugar and acidity. We find a certain aromatic purity when tasting such wines… a delight!

The main characteristics are concentrated notes of dried fruits and a more or less high concentration of sugar. The particularity of late harvest is that the acidity is preserved. It is also concentrated. We therefore find a certain freshness in the mouth, which is fundamental to avoid having a “flat” wine. With the late harvest, this is not the case, and we witness an abundance of concentrated flavors, but not in the least disgusting, if well executed.

The late harvest wines are exceptional and you will never tire of tasting them. So don’t wait any longer to discover them!

Brunch: What wines can we drink?