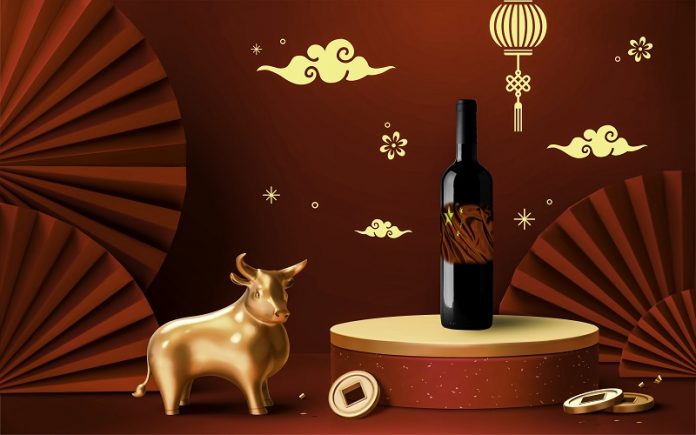 On the occasion of the Chinese New Year, we wanted to look at the place of wine in China. Indeed, when we think about China, wine is not really the first thing that comes to mind. China is nevertheless a land of gastronomy and traditions, and wine has managed to make a place for itself in the local culture. Moreover, the history of grape cultivation is ancient within the country. Its development is however very recent, and the country is still young in terms of wine know-how and culture. But its evolution over the last 40 years has allowed wine to grow and develop. Today, China is one of the most active countries on the wine market.

The history of wine in China

The first traces of wine culture in China date back to the 1st and 2nd centuries BC. This culture was introduced there from central Asia, within the empire then ruled by the Han dynasty.

The Chinese wine culture then developed very slightly in other parts of the country, but mainly stagnated for many centuries. Only the visits of foreign merchants or trade agreements made it evolve.
For centuries, this culture remained endemic, and the grapes were often even mixed with other beverages to create local drinks, composed of several fruits.

It was not until 1922 that the first winery was established in China. This creation was the result of a collaboration with the USSR, which also allowed the introduction of new grape varieties, coming from Eastern Europe, mainly from Bulgaria and Romania. At this period, the vine considerably developed in China, which until then produced mainly very sweet wines, and always mixed with other fruits.

Until the 1980s, China produced grapes with the aim of producing modest table wines for the local market. Since then, many vines have been planted on large areas.

The Chinese vineyard will really take off in the 80’s, when the country opens up to the world. Between the 80s and 2000, the growth of the vineyard was 4%, reaching 453,000 hectares in 2000. However, only 13% of the vineyard is vinified at that time, an extremely low figure compared to other producers in the world.
In 2016, China had the 2nd largest vineyard in the world with 875,000 hectares, behind Spain and ahead of France. It is the world’s largest grape producer (19% of production), and the 6th largest wine producer in the world.

But this period of development does not rhyme with quality wine. Indeed, production is pushed towards quantity, not quality. Chinese consumers do not hesitate to “improve” their wines with soda.
Only a few major houses are partnering with international producers. This is notably the case of the Wangchao Dynasty, which joined forces in the 1980s with the French company Rémy Martin to produce high-quality Cabernet Sauvignon and Merlot. Another example is Beijing Winery, which is partnering with Pernod-Ricard to bring French and European know-how to its production.
Another particularity of the Chinese vineyard is its resistance to disease, particularly mildew. This is explained by its isolation, and therefore allows it to be planted on its own, and not on American rootstocks, as is often the case in Europe.

China is an immense country, which offers a great variety of climates and environments, giving the vine all the means to express itself. The diversity of wine-growing regions allows China to produce very different wines depending on the climate. However, most Chinese white wines are quite sweet and aromatic. The red wines, on the other hand, are quite tannic and powerful, inspired by Bordeaux wines. It is very often necessary to aerate them in order to appreciate them at their true value.

The import of foreign wines competes with local production. Imports of foreign wines come first of all from the “old wine world”, mainly Europe, and French wines for their prestigious and luxury image. In 2010, imported wines accounted for 20% of consumption, and nearly double this figure in 2020. The trend is therefore very strongly on the rise. France has been the leader on the Chinese market since 2010, with nearly 20% market share (2.3 million hectoliters in 2018).

Chilean and Australian wines are also becoming more and more popular among Chinese consumers. Their access is facilitated by very low customs duties and trade agreements with these countries. This once again competes with local production, which is unable to produce wines at the same price and of such high quality.

There is therefore a paradox for China and its producers :

Chinese professionals of the sector also “export” themselves a lot, in order to acquire this know-how, or to diversify their activities. In 2018, the domains under the Chinese flag represented 3% of Bordeaux’s wine-growing areas.
The export of Chinese wines is still very low. The local wines still have difficulties to make a place for themselves in their own country.

In 2011, China became the 5th largest consumer of wine in the world, with 1.9 billion bottles purchased, or 1.5 liters per year and per capita. We are still far from the level of consumption of the French (50 liters per year and per capita), but the huge population of this country makes it rise in the statistics. Despite the predictions, in 2020, China is still the 5th largest wine consuming country in the world.
The paradox is that its wine-growing area is increasing (2nd largest in the world), but its wine production has been decreasing since 2018. A general trend has emerged since this period: the decline in production, consumption and imports. Only the wine-growing area is increasing.

China’s place in the world of wine

Following the opening of the market in 1980, wine had made a place for itself in China, and had been developing at high speed, until it came to a halt in 2018. This stabilization of consumption can be explained by different reasons.

Who is the Chinese consumer?

The Chinese consumer is rather young, between 30 and 40 years old, and has a fairly high purchasing power. He enjoys a high social status, and therefore wishes to consume high quality, top-of-the-range wine. Wine is a strong social marker in China, and is a good differentiator from beer, for example.

In 2019, the Chinese wine market accounted for 2% of alcoholic beverages in China. In comparison, beer accounted for 40% of this market. The Chinese mainly buy wine as a gift or to show their level of education and wealth.

Most consumers are located in China’s large cities, where social status is high and where openness to the world is strongest. Hong Kong has become the wine hub of Asia, and many local buyers are moving to the city-state to trade wine.

Wine for the Chinese New Year

In China, people mainly consume red wine. First of all because red wine is a sign of quality wine (especially those from Bordeaux). But it is also due to the fact that the red color is a symbol of happiness, power and fortune in China.

How do you make sparkling wine? The example of Cremant de Bourgogne.