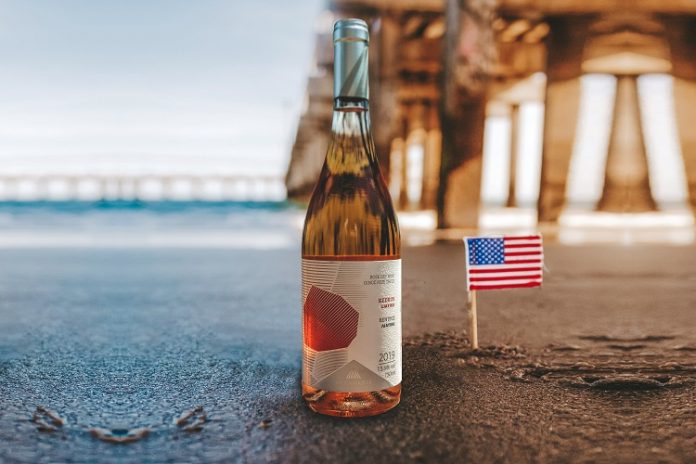 The United States is the number one consumer of wine in the world. And wine sales increase considerably at this time of the year. So we looked at a major issue for Americans this Thanksgiving season: which wines to drink with the ritual turkey?

Thanksgiving is a celebration in the American tradition that takes place every year on the last Thursday of November and has been since 1863! It is the date that Abraham Lincoln proclaimed as a national holiday.

As a matter of fact, Thanksgiving is also celebrated outside the United States, like, for example, in Canada but on a different date: the second Monday of October. Many occasions therefore, to celebrate and to get together!

Originally Thanksgiving was made official by George Washington to salute the independence of the United States. Today everyone meets with family and friends to have dinner together and express gratitude.

We are talking about a dinner party, but we should rather talk about a true culinary celebration, where the quantities, like the number of dishes, are often out of all proportion!

Before talking about the festivities, beware of the “Black-out Wednesday”!

This “Black Wednesday” takes place the day before Thanksgiving. It is sadly known in the United States. Many Americans drink a huge amount of alcohol during this period. During the evening, many road accidents occur every year, some of which are fatal. (more than 800 deaths between 2013 and 2017)

We therefore strongly advise you not to travel during this period. We also advise you not to drive under the influence of alcohol or any other psychoactive or prohibited substance. Be vigilant about your alcohol consumption. At Aveine we are in favor of “drink less but drink better”.  Our goal is to reveal the magnificent aromas of a wine! So, take care of yourself and others.

Food and Wine Pairing for Thanksgiving

The emblematic, not to say unavoidable Thanksgiving dish is turkey. This celebration is also associated with food of all kinds and in profusion. However, many say that every American should be able to eat a turkey on Thanksgiving!

Many drinks sit at the tables, such as beers, spirits, cocktails… but also wine. If you happen to be a guest for Thanksgiving, here are 4 ideas for wine styles that can go well with turkey.

Beaujolais Nouveau but not only!

A Beaujolais Nouveau that will have been revealed just the previous Thursday. Its fruity character, its curious notes of bananas, and its “drinkability” will make it a remarkable companion for a starter. And as the Beaujolais region is not limited to that, we recommend you to continue with a Beaujolais Village, or better still a 1er Cru. You will then perceive all the complexity of the Beaujolais terroirs, and this will give your turkey generous and deep fruit notes.

A vintage Champagne for the chic touch. Vintage because it will have this toasted, brioche-like character, more assertive than a traditional champagne. It will elegantly enhance the delicacy of your turkey. However, as a bottle will surely not be enough, you could still open a non vintage Champagne as an aperitif. Other alternatives in this case: a Crémant or a Prosecco.

A Sauternes, and if possible, between 10 and 20 years old. If you want to surprise your guests, this pairing is one of the great forgotten of French gastronomy. And yet it works superbly well! The notes of candied, even roasted, fruit that the botrytized grapes bring to the wine will find a beautiful echo with the crispy golden color of your turkey.

And for the aperitif if you wish to stick to the theme, take a younger Sauternes, and why not decline it as a cocktail. Even if Sauternes wines are fresh enough to break the sensation of sugar, you could surprise the most reticent in this way.

A wine based on Merlot for its roundness and fruitiness or Cabernet Sauvignon for its power and elegance. Wines from the Médoc region in Bordeaux (Saint-Julien, Pauillac, Saint-Estèphe, etc.) combine both aspects and both grape varieties, they are blended wines. They are the perfect match with a turkey that you have cooked with mushrooms. You will of course find in other regions and countries very fine wines made from Cabernet Sauvignon or Merlot, especially in the United States in the Napa Valley region. Favor advanced vintages for a better match with mushrooms.

Back-up solutions in case of troubles during Thanksgiving

We thought about it because it can happen! And in this case we have the solution for you! Make a duel between the different wine regions!

Keep this “joker” in reserve in case some slippery topics such as politics should come to the table. This will be the perfect time to compare your Cabernet Sauvignon from Bordeaux with that from the Napa Valley. Talk about the famous “Judgement of Paris”, the mythical blind tasting that took place in 1976, where American wines surpassed some of the greatest French iconic wines!

The perfect occasion to use your Aveine aerator, just to shift the attention once and for all from this subject that annoys everyone! Focus on the perfect opening of your Cabernet Sauvignon, a great grape variety that requires a good dose of aeration most of the time. Don’t hesitate to make the comparison between a wine that is said to be “closed”, and a wine that has benefited from good oxygenation. The difference is striking!

You’re sure to draw attention and redirect conversations to a more moderate debate… but the beauty of a wine can unleash passions, and that’s precisely what drives us at Aveine!

The Aveine team wishes you a wonderful Thanksgiving!