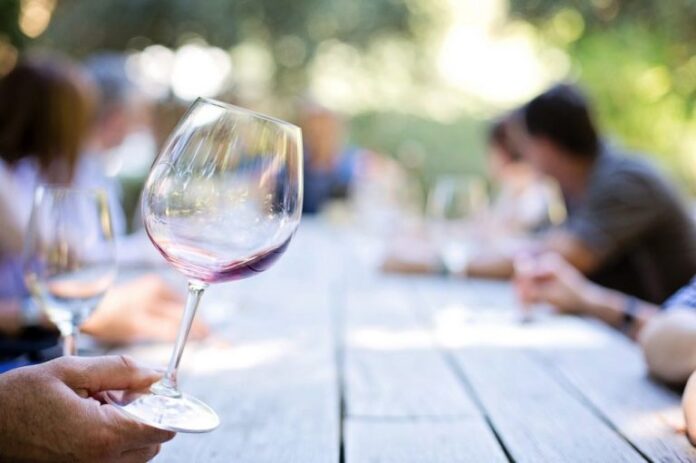 Wine consumption trends are changing today. Indeed, people tend to consume wines that are younger. And the aromas of these young wines don’t get much time to develop. For that reason, aeration – which means oxygen being in contact with the wine- will bring out the best of the aromas while losing some of the astringent and tannic characteristics. We will see what happens when you aerate wine and why it is important to do it.

“The wine opens” in contact with oxygen. In fact, we generally aerate what we call a “closed” wine. As soon as the olfactory examination is complete, we will be able to estimate the wine’s need for air. If it reveals few aromas, it will probably need to be oxygenated for a longer period of time to give access to its full potential. It will be described as “flat“. This first impression on the nose must be confirmed by a taste test. If in the mouth the wine reveals relatively few aromas, it can be concluded and confirmed that it needs to be aerated.

Pasteur explains that “it is through the influence of oxygen that wine ages“. From a more technical point of view, we can say that oxygen will favor the diffusion of aromas by increasing their volatility. They will be then more diffuse. In addition, from the contact between the wine and the air, new aromatic compounds will arise in the wine. Therefore, among other things, the nose and taste will evolve. We will say that the tannins, molecules with a sensation of astringency, will “loosen”. Indeed, the tannic taste will “soften” during aeration.

Wine aeration: benefits for all types of wines

Thus, all wines benefit from aeration, whether they are red, white or sparkling. Red wines contain a high level of tannins which give the wine this astringent and acidic particularities. Aeration will attenuate this tannic aspect to give more depth to the aromas. Against popular belief, white wine benefits from aeration time as well. The air will soften it by slightly erasing its acidity in favor of the fruit.

We have seen why it is necessary to aerate the wine, let’s now look at the advantage as well as the disadvantage of the wine aeration process, regardless of the aeration technique chosen.

The benefit of wine aeration

Wine is a living matter. By putting it in contact with oxygen before tasting, it softens. Some molecules present in the wine are gradually released with aeration . And when the tannins are released, the wine is more relaxed and expressive. It can fully express its bouquet and the result is immediately noticeable on the nose and in the mouth. It is important to know that the denser the material and the more tannic its structure, the more aeration will be favorable. Why is it good to aerate wine? The considerable advantage of this oxygenation will be to give you the opportunity to taste a wine that expresses all its personality. Indeed, the taste of the wine will be improved, it wil be more “relaxed” and you will feel all its particularities during the tasting.

The disadvantage of wine aeration

When a wine is aerated, its structure changes as it becomes less austere. The aeration process is delicate. Indeed, if the aeration technique is not adapted to the wine’s specificity, it can lose everything that makes up its character. Therefore, aerating a wine presents a major risk: that of losing the very essence of a wine, without being able to go back. Moreover, all wines should not be aerated in the same way and some should not be aerated at all if they react badly to contact with oxygen. This applies in particular to non-sulfur wines that are sensitive to oxidation. As this is a delicate process, we strongly advise you to consult a professional in case of doubt. So why is it bad to aerate wine? Aeration has the disadvantage of making the wine lose its own character, which makes it stand out from the others.

Therefore, we can say that the aeration of wine is the best and worst enemy of wine. So, we must be careful when serving wine. We must use the right tools corresponding to the wines, to serve them in the best conditions and enjoy them to the fullest.

Aeration of a wine helps to release its aromas, making it more pleasant on the palate. However, as we said earlier, not all wines should to be aerated in the same way. Then the long-awaited question is:

Which wines should I aerate?

First of all, it is important to note that there is no absolute rule regarding aeration.

What we learned: both red and white wines must be aerated. But preferably when they are young!

To determine whether a wine needs to be aerated, we should base our decision on its age, but above all on its ageing potential. Indeed, a wine that has not yet reached its peak will greatly benefit from air to reveal its entire aromatic palette. On the contrary, a wine “on the decline” will be very sensitive to air and should be aerated with care. It will also be necessary to be attentive to the type of wine, especially old wines. Reds, whites, rosés, and sparkling wines do not evolve in the same way. Thus, a red wine will evolve more slowly than a white wine. Especially if it is powerful and young. Whites evolve quickly, which is why they don’t need a lot of air.

Not all wines are equal when it comes to oxygen. For example, a light red will not necessarily need to be aerated when compared to a dense, full-bodied one. The Médoc wines, for example, are tannic and need to be aerated. Without oxygen, they are not very pleasant on the palate and nose. Aeration will make them softer, and you will feel it immediately when tasting them.

Some wines are produced to be consumed young, such as Beaujolais or a delicate Burgundy (notably the Pinot Noir grape variety). They will then oxidize very quickly and lose their aromas if we try to aerate them too much.

Be careful with “old wines”

When serving old wines, aeration can be dangerous so be careful.

If the wine has been in the bottle for more than 10 years, aerating it too quickly can rush it and make it undrinkable. Always be careful with old wines: they require a lot of precautions before tasting. We talk about decanting when dealing with old vintages. To decant, the contents of your bottle should be poured very slowly and carefully into a carafe so that the deposit remains at the bottom of the bottle.

In conclusion, there are no absolute rules! There are several ways to aerate wine, for example the Aveine Smart Wine Aerator, and its application (download it for IOS, for Android) will help you determine with a simple scan if a wine needs to be aerated, and how long it should be aerated. With the aerator you will be able to aerate the wine precisely and instantly, without rushing it. And it will give you the possibility to discover all the palette of tastes your wine has to offer.

And last but not least: you are the only one who knows what you like, everyone has their own taste and way of appreciating wine. So enjoy your tasting!

Now that you know why you should aerate wine, you probably wonder how? Click on the link here and you’ll find out all the techniques that exist to aerate wine.

How to aerate a wine? The different aeration techniques!

Should we be aerating Champagne?

Aging wine underwater, why not?