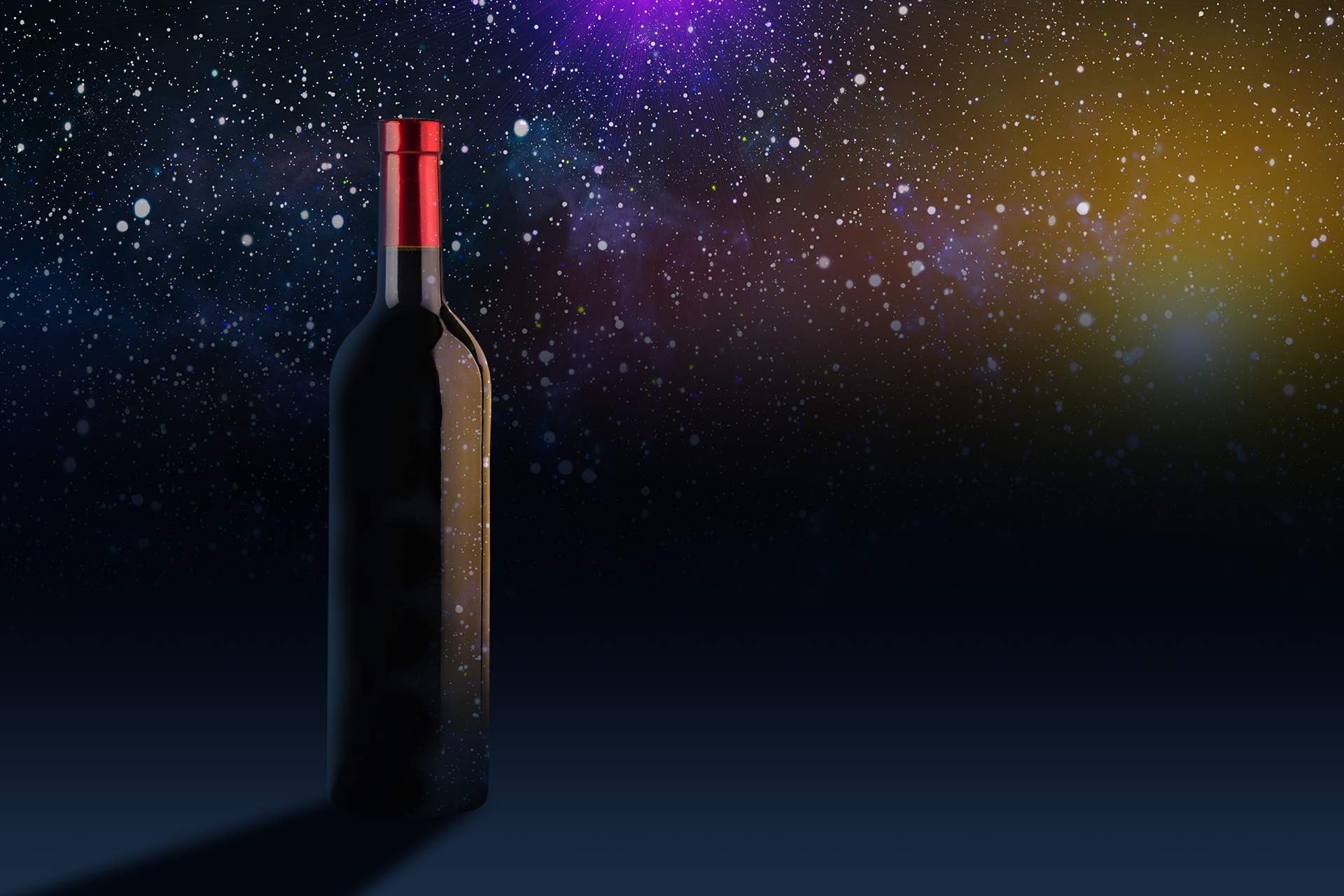 “Come quickly, I’m tasting the stars!” allegedly said Dom Perignon as he discovered sparkling wine. This was perhaps the first time both wine and astronomy were part of the same conversation. Since then, wine and space have crossed paths a few times, but as we enter space exploration’s golden age, the best is surely still to come.

Space exploration was at its peak in the seventies, the first American space station, Skylab, was under development. All the careful planning included the food and drinks astronauts would have available during long months of isolation. This was the first time someone considered sending wine into space. They selected a sherry-style of wine to ease star travelers after a hard day of work. It all sounded good, but NASA doesn’t take decisions lightly.In 1972, the results were in. They would not include wine in the space program. Wine didn’t add much nourishment to the balanced diet already in place, they said. They also noted that the program could be judged and ridiculed if they provided alcohol to the honorable spacemen.

Space prohibition is still in place today. But things might change soon.

As longer travels and more ambitious programs are scheduled, a wide array of crops and foodstuffs are being considered to supply space travelers with their own grown food. The grapevine is a resilient crop, adapted to thrive in the most hospitable places on earth. Experts could consider a dwarf vine trained in the form of a coil around a light source for future space programs.

The vine didn’t have to wait long to reach the stars. In 2016, China, a major player in today’s space exploration, sent Cabernet Sauvignon, Merlot and Pinot Noir grape vines to space. The aim was to trigger a mutation that made them more resistant to extreme climates. China desperately needs stronger strains that survive its arid landscape.

Mumm Champagne has taken another approach. They think astronautes don’t need to grow their own grapes in space to enjoy a glass of wine. The prestigious company has spent the last few years and a considerable amount of money developing a Champagne bottle for zero gravity: Mumm Grand Cordon Stellar.

Challenges have been countless; sparkling wine doesn’t behave at all in zero-G (it’s a mess!). The sophisticated bottle with a piston mechanism might be the next new thing in the touristic space travel sector in expansion.

History timelines of wine and space exploration have overlapped before, but as both form part of a bright future ahead, we will use both terms in the same sentence more often. Cheers to the brave star sailors above.

Why Do You Need to Aerate Wine?