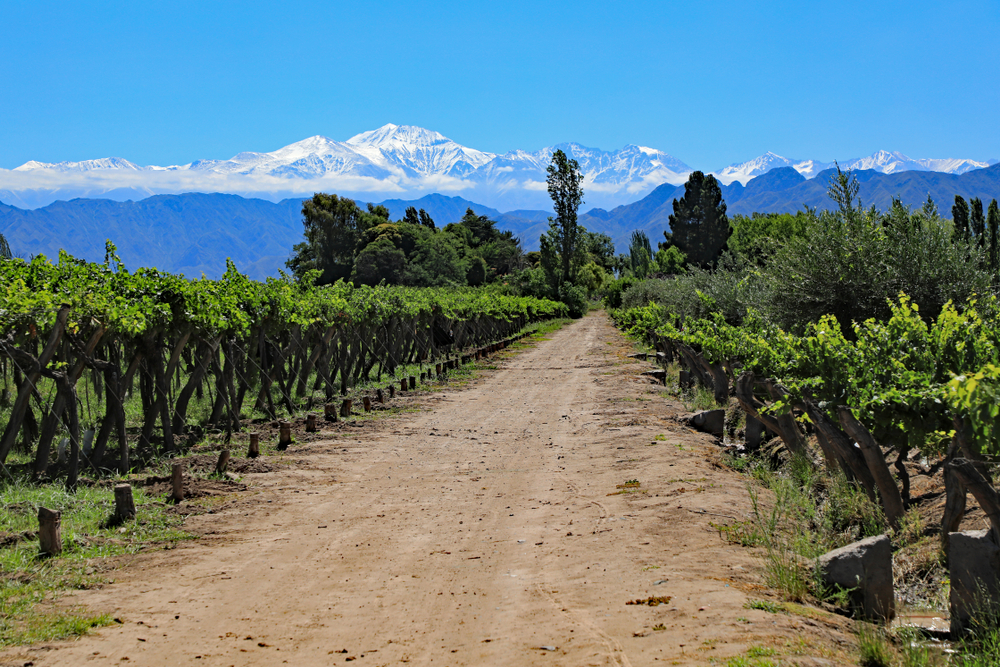 Aveine takes you today to the heart of South America, in Argentina. Argentina welcomed the vine in the 16th century during the colonization by the Spanish conquistadors. At that time, the production was entirely destined to the religious orders who needed wine to celebrate mass. Wines in Argentina therefore remained for a long time simple “table wines” and it was not until the end of the 19th century that viticulture became a real economic asset for the country. In fact, it was in the 1850’s, when the means of transportation were developed between Mendoza and the capital Buenos Aires, that the Argentinian wine industry took off again.

Today, Argentina is a major player in wine production in the world and the quality of Argentinian wines has surpassed its quantity. The country is full of vineyards, “bodegas” in Spanish, each more magnificent than the last and the country is the 7th largest vineyard in the world with 223 hectares of vineyards in 2017.

Let’s take a look at the largest wine region in Argentina: Mendoza. Located at the foot of the Andes Mountains, in the west of the country and close to the Chilean border, it was the first wine growing region chosen by the settlers. Today, it remains the capital of Argentinean wines, where 80% of the country’s wine is produced. The choice of this region is far from being insignificant. Indeed, Mendoza has climatic, topographic and geological characteristics that are ideal for viticulture. Depending on the area, the vineyards of Mendoza are located between 800 and 1200 m of altitude. They offer a so-called desert climate with cool nights and beautiful sunny days. Ideal for a quality production.

Argentina’s vineyards are composed of 50% red grape varieties, including Malbec, the country’s star grape variety. Malbec is a French grape variety that originated in Cahors and is now world famous. Other grape varieties such as Merlot, Cabernet Sauvignon or Sauvignon Blanc are also very present in Argentina.

Unlike its neighbor Chile, Argentina’s wine production is aimed at both national and international demand. Indeed, it seems that Argentineans are great consumers of wine. They consume an average of 30 liters per year per capita. Argentina’s consumers are also very vigilant about the quality of the products. The Instituto Nacional de Vitivinicultura is in charge of controls. This system of controlled appellation, certainly less developed than the one we have in France, is also effective since 1999 to allow a certain notion of terroir. The Denominacion de Origen Controlada remains nevertheless the most developed indication in Argentina.

Argentina’s wines are known to be strong, don’t be afraid if you see the locals adding ice cubes, some even add sparkling water, it’s sometimes a pity considering the quality of Argentine wines. We prefer to aerate them but to each his own!

Which wines to drink for Thanksgiving ?

Christmas list: which wines to put under your tree?