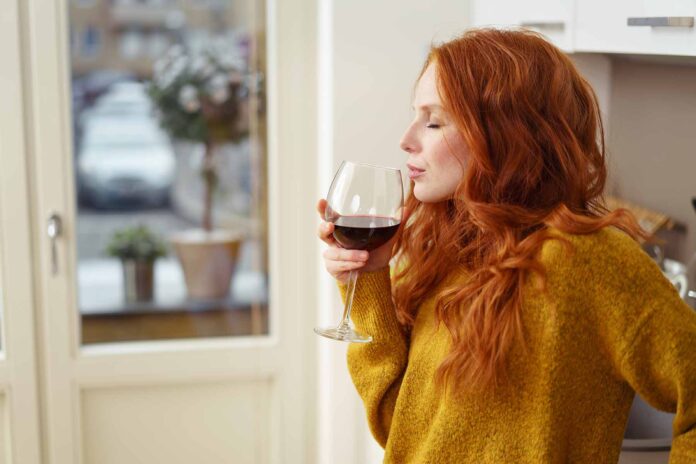 While in ancient times it was forbidden for women in Greek and Roman empires to drink wine – on pain of death – in the 18th century it was still “not very honourable” for bourgeois women to drink wine. And even if this discrimination against women and wine consumption has eased slightly over time, it was still very badly regarded for a woman to handle wine.

Today, a few clichés remain. But fortunately, times have changed and the differences between men and women (in wine) are beginning to fade.

Wine has a special place in our society, it is the basis of many cultural or religious rites. Sacred or forbidden, the blood of the vine is always associated with men.

Because, apparently, the blood of women would make the wine go bad! Hence the fact that women weren’t allowed to go down to the cellars when they were on their period…

Nor was it customary for them to uncork the bottles and serve the wine, as these gestures were considered of a sexual nature and therefore inappropriate for women.

Yet women have always had a role in the history of wine. If in ancient times women who consumed wine in the Greek and Roman empires were threatened with death, the women of Egypt had their rightful place in the production, service and consumption of wine. Over the centuries, other women have seen their names associated with great pages in the history of wine. The famous Veuve Cliquot, Jeanne Pommery or Philippine de Rothschild to name but a few.

If History is at the origin of the relationship that has been established between women and wine – and between women and a large number of subjects! – several facts, supported by studies, tend to suggest that clichés and stereotypes should disappear.

That’s right. But the difference is not huge, and it lies mainly in the consumption habits of each one. Men consume more wine on a regular basis: 61% of them consider themselves “heavy drinkers” (i.e. they drink wine several times a week). As for women, they tend to drink wine more occasionally than regularly, with 56% considering themselves as “regular” drinkers.

This is one of the most widespread ideas: women would prefer rosé or white wines (with bubbles too). Because these wines would be lighter and sweeter. Several studies have confirmed that the trend would be rather the opposite. Women would appreciate red wine in the same proportion as men. The subtlety would lie in the fact that the proportion of women who like white wine is higher than that of men who like white wine.

#3 Men are the ones who choose the wine

In France, 65% of wine buyers are women. In their wine purchases, women would show more eclectic and more open tastes. They would be more inclined to buy wines they do not already know and have never tasted, to test different wines (natural, organic, from more varied geographical regions, etc.).

And yet in restaurants, it is still very often to men that the sommeliers turn when it comes to tasting wine …

This is applicable in a wide range of areas, isn’t it? Again, it’s a matter of perception. Women have as much knowledge as men and this is applicable in ALL areas. But they tend to underestimate their knowledge… The difference therefore lies more in self-confidence than in knowledge. Fortunately the younger generations are more assertive and 36% of women consumers today consider themselves as enlightened amateurs, against 25% in 2011.

In the same way that we talk about soccer and women’s soccer, we talk about wine and women’s wine. Because by definition wine (like soccer!) is a man’s business. And wines made by women would be rounder, sweeter, etc. as opposed to a “real” male wine, strong, tannic, etc. This is not true. And it is even sometimes the opposite: some women produce and like tannic wines and some men like mellow wines!

It is like relying solely on the fact that women would have a greater sensitivity due to their more developed senses to justify their talent. It is above all about passion and work. The exercise of the senses where men and women are equal, and where everyone, regardless of gender, has his or her sensitivity.

At Aveine we tend to say that all tastes are in nature.

And to prove it, here are some statistics on women and wine today:

So, does wine really have a gender?

The greater presence of women in the wine industry seems to have brought a wind of democratization, a desacralization of wine, making it accessible to all. Although there are still some diehards who will never change their minds, it is, as always, through their work and determination that women will prove that these differences are not based on any facts and that clichés will disappear.

For Mother’s Day don’t hesitate to offer wine, boxes, and why not a Smart Wine Aerator, by Aveine.

Wines for a party: how to choose?